Tablet Gothic is a titling family for digital and print publications needing both flexibility and graphic coherence amidst dense amounts of information. It delivers the sturdy, straightforward, and clean appearance expected from a grotesque while allowing its personality to stand out on the page. Tablet Gothic’s exhaustive 84 styles guarantee that there’s at least one that will work, but usually more.

Fish out of water are more common than thought.

Fish have evolved the ability to live on land many times, challenging the perception that this was a rare occurrence in ancient times.

“A fish out of water might seem an extraordinary thing, but in fact it is quite a common phenomenon,” says study first author and UNSW evolutionary ecologist Dr Terry Ord. “Amphibious behaviour has evolved repeatedly in a wide diversity of present day fish, and the move onto land does not appear to be as difficult as has been presumed.”

In the first study of its kind, Dr Ord and Dr Georgina Cooke looked at the evolutionary relationships of all living fish reported to be active on land. They also examined the environmental factors that might have promoted their emergence from the water.

The UNSW researchers found that 33 different families of fish have at least one species that demonstrates some terrestrial activity and, in many cases, these behaviours are likely to have evolved independently in the different families.

“These forays onto land have occurred in fish that live in different climates, eat different diets and live in range of aquatic environments, from freshwater rivers to the ocean,” says Dr Ord, of the UNSW Evolution and Ecology Research Centre.

Graphic designers know well that the art of composing titles correctly is not easy, especially when it comes to publications needing both flexibility and graphic coherence amidst dense amounts of information. Tablet Gothic was engineered by Veronika Burian and José Scaglione as a titling family for publications simultaneously released digitally and in print. As such, it is a grotesque sans serif that looks to the future of digital publishing with a clear understanding of its analogue history.

Tablet Gothic delivers the sturdy, straightforward, and clean appearance expected from a grotesque grounded in 19th century Britain and Germany, but it allows itself a good measure of personality to stand out on the page. Its exhaustive 84 styles — six series of widths and seven weights in each series, plus matching obliques — guarantee that, whatever the need, there’s at least one Tablet Gothic style that performs well both technically and aesthetically. Its almost-vertical axis is one key allowing Tablet Gothic to come in a wide range of styles without losing its signature look. The Wide, Normal, and Narrow widths therefore produce a beautiful texture and highly readable text blocks at small sizes.
Many grotesque typefaces suffer in several ways. They often have unresolved or competing terminals, vertical emphasis, inexplicable stroke contrast, general clunkiness, a shortage of internal space in their heavier weights, and therefore lack fundamental movement through words. What at first is celebrated as their quirks are in fact a problem for readability because these qualities stop the eye at almost every letter. But set the word ‘gears’ in Tablet Gothic and notice the subtle line that angles up and to the right through an interplay of internal space and diagonal terminals. This quality pushes the reader’s eye through one sentence and on to the next, masterfully avoiding the previously mentioned pitfalls. It is particularly compelling in Tablet Gothic’s semibold and heavier weights since the terminals have more definition and are a large part of this visual propulsion.
Tablet Gothic’s flexibility and voice make it a solid progression from the clunky, tepid, or less readable grotesque typefaces that are chosen because they are safe. Tablet Gothic is more than safe; it is pleasing and comprehensive. Tablet Gothic’s character set covers over 60 languages that use the Latin extended alphabet. Each style features ligatures, lining and tabular lining figures, arbitrary fractions, superiors/inferiors and numerator/denominator. The complete Tablet Gothic family, along with our entire catalogue, has been optimised for today’s varied screen uses and can be purchased individually, by series, or as a complete bundle.
For the greatest and most professional impact, pair Tablet Gothic with its intended counterpart, Abril, the credible, contemporary interpretation of a classic newsface.
 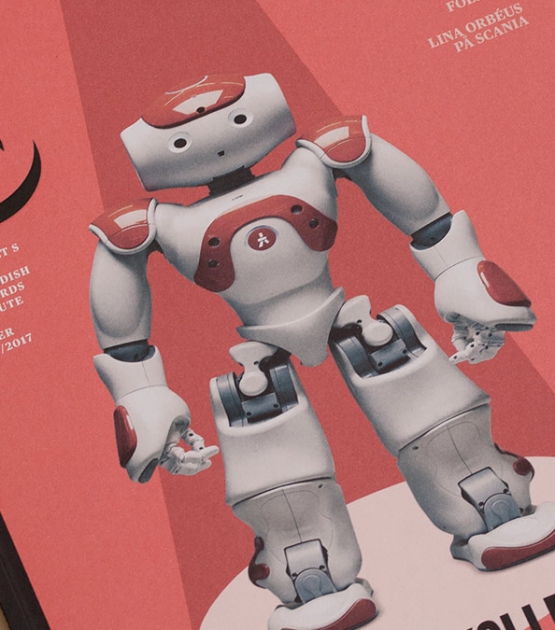 Tablet Gothic in the magazine S for the Swedish standards Institute