You can experiment with the variable font format on this special minisite here. The variable fonts are available with the Protipo bundle and the compact set. Read the story behind Protipo here and how variable fonts work here.
Includes all 52 fonts USD 662,59
Protipo Compact Set. 8 fonts USD 274,86
Select styles from USD 33.20
Download Protipo PDF

The under-representation of women among the creators of information technology has serious consequences, not only for those women whose potential goes unrealized, but also for a society increasingly shaped by that technology.

Read the full story behind Protipo here.
Veronika Burian and José Scaglione’s Protipo type family is an information designer’s toolbox: a low-contrast sans of three text widths with a separate headline family, accompanied by an impressive two-weight icon set, and working with the advanced variable (VAR) font format. From annual reports and wayfinding to front page infographics and poster use, designers consistently turn to the simplicity and starkness of grotesque sans fonts to get their point across. Protipo is made for such environments.

When designing information you may start with the headline, which in the case of this family is called Protipo Compact and comes in eight weights. From Hairline to Black, set it large, overlap it, or let it run off the page. Protipo Compact was made to hit hard and attract attention with a different character set and different proportions than the three text fonts. It sets the stage for what’s to come.

Great information designers are aces at melding form and function, so we’ve stacked the Protipo family with Narrow, Regular, and Wide versions as a way of organising your information and directing the reader. Each width has seven distinct weights (light to bold) and italics, while maintaining the round-rect shapes of its DNA. Subtle details amplify its place in the typographic universe, like an ‘a’ and ‘e’ that go from solid to supple when italicising, an ‘f’ that gains an italic descender, two versions of the lowercase ‘r’ and ‘l’, and clipped corners on diagonals to keep the tight fit inherent to this kind of design work.

Protipo is not meant to be loudmouthed, but stakes its claim through refinement, breadth, and impact. Some changes at first don’t seem substantial, but the Protipo family doesn’t handle text like most in its category. Protipo helps readers find and process data in a clear and unequivocal way and accounts for the complexity involved in rendering large amounts of information while still appealing to aesthetics.

Protipo is ideal in all informative situations: apps, infographics, UI, wayfinding, transport, posters, display, and even Internet memes. Add to all this the icon sets and upcoming variable font capability, and you’re assured a level of creativity, productivity, and impact on a much greater scale.


Special thanks to Gerry Leonidas for coming up with the typeface name and his valuable feedback.
 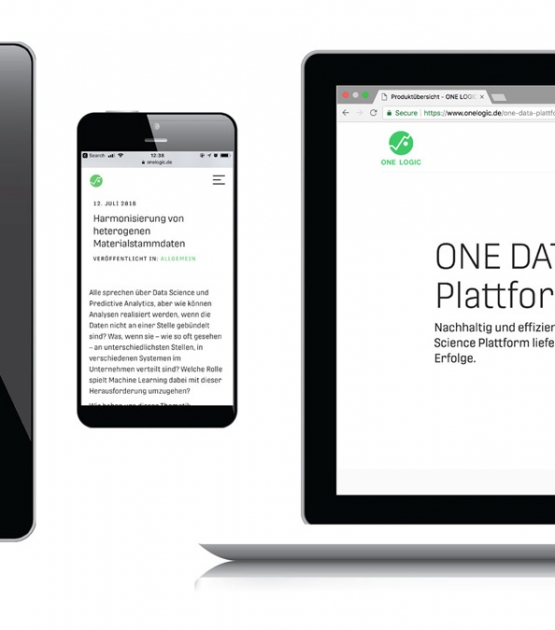 Protipo, one of our latest sans serif type families, is extensively used in German-based company ONE LOGIC’s recently redesigned website.