Bree is a spry sans serif that delivers a spirited look and feel for branding and headline usage. As an upright italic, Bree shows a pleasant mix of rather unobtrusive capitals with more vivid lowercase letters, giving text a lively appearance. Bree is clearly influenced by handwriting with a touch of cheekiness, which equals a big personality. The full bundle includes variable fonts.

The Bree Cyrillic font family is a spry sans serif by Veronika Burian and José Scaglione that delivers a spirited look and feel for branding and headline usage.

As an upright italic, Bree Cyrillic shows a pleasant mix of rather unobtrusive capitals with more vivid lowercase letters, giving text a lively appearance. Bree Cyrillic is clearly influenced by handwriting. As such, some of its most characteristic features are its inherent cursiveness, the outstroke curves of diagonals, and its flourished and fluid shapes. Alternates of some letters are available when a more neutral look is desired. Bree Cyrillic has a touch of cheekiness, a wide stance for each character, and an extra-large x-height. All this adds up to a big personality, so even when set in small text there is no skimming past the words Bree Cyrillic voices.

In 2019, the entire Bree font family got a huge update. A few shapes were updated or added (the ‘k’ and German capital ‘ß’), two entirely new weights were added (Book and Book Italic), and spacing was perfected. More than that, Vietnamese support was added to Bree Latin, and the Bree Greek and Bree Cyrillic scripts were designed from scratch to parallel the Latin’s tone. Additionally, Bree was designed in variable font format for those who want complete control over the font’s appearance while simultaneously saving digital weight in the form of kilobytes and megabytes. The entire Bree family is in the perfect position for the next digital revolution.

The complete Bree font family, along with our entire catalogue, has been optimised for today’s varied screen uses, and the Latin is included with Bree Cyrillic. Bree has been chosen for such wide-ranging uses as Breast Cancer Awareness Month in the US, the branding for the country of Peru, and numerous layouts including mobile apps, magazines, newspapers, and books. And be sure to check out Bree Serif, Bree’s energetic and mature slab serif cousin and the perfect companion to the Bree font family.

Monotonic Greek and over 100 Latin based languages 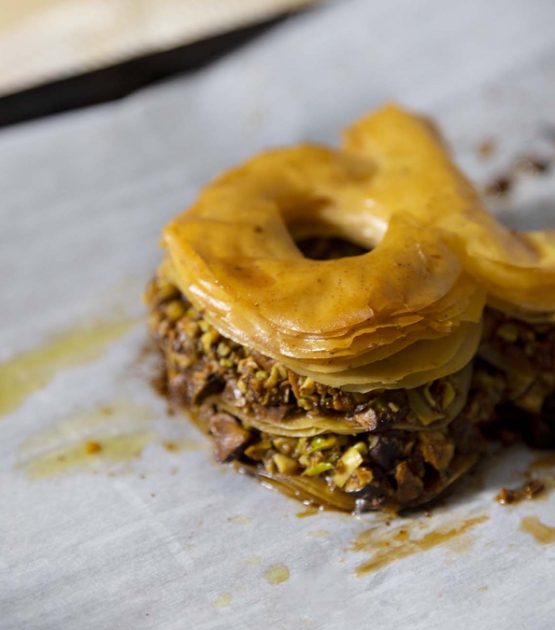 Behind the scenes with Danielle Duncan (Evans)

Combining fonts, food, and creativity is what our friend Danielle Duncan (Evans) does best. But it takes a serious amount of work to get it from a ba...