Karmina Sans is a versatile and vivid text face in which the medium weights are meant for easy reading and the extreme weights at both ends of the spectrum are intended for headlines and corporate identity programs.

Crack down on soggy, flavourless sushi

Yuki Gomi: “There was no flavour, and the seaweed was soggy instead of crisp and dry, the rice was cold and hard,”

When Yuki Gomi was offered sushi from a supermarket-bought platter at a friend’s home party in London, the acclaimed Japanese chef was too polite to refuse.

The experience, however, clearly left its mark: “There was no flavour, and the seaweed was soggy instead of crisp and dry, the rice was cold and hard,” she said. “And it just didn’t look natural as it was so brightly-coloured and each piece of sushi was square.”

Now, fed up with foreigners making a mess of their cuisine, the Japanese government is to protect its reputation by setting up a tough new certification system for overseas chefs.

The new programme will try to guarantee high quality food at Japanese restaurants around the world by giving overseas chefs training in Japan before being issued gold, silver or bronze status by the government.

Karmina Sans was developed by Veronika Burian and José Scaglione as a large type family with its own features and personality, able to perform alongside its serifed cousin, Karmina. Karmina Sans shares the same technical excellence and has the same basic proportions, but promises to be a much more versatile tool for editorial designers. Its intermediate weights match the proportions and weight of Karmina Serif and are excellent for setting everything from short texts to long works requiring extended reading, whether digital or in print. The extreme weights at either end of the spectrum are intended for headlines above 14 points and for corporate identity programs.

Early in the design process some of the calligraphic influences present in the serif version were ironed out because they were ineffective in the sans style. For example, the kink on the bowl of the ‘a’ was smoothed, the counter in the ‘e’ made bigger, the connections in the italics were made shallower, and the curved strokes on the italic ‘z’ were straightened.
Multiple master technology, with the light and extra bold weights as starting points, was used to create three weights by interpolation and a heavy weight by extrapolation process. The characters were then finalised by hand for optimal vividness and versatility. The heavy weight is so potent that it delivers one of the darkest and most powerful impressions out there, all while remaining legible.

Karmina Sans comes in twelve styles and speaks multiple languages. It supports Latin A Extended and has ligatures, small caps, a full range of fractions, superior numbers and letters, five sets of figures, and other typographic niceties. The complete Karmina Sans family, along with our entire catalogue, has been optimised for today’s varied screen uses.

Be sure to check out Karmina to complete the look of your design with a highly legible and economic typeface that is perfect for extended reading.

A versatile and highly legible sans serif font family with some contrast. 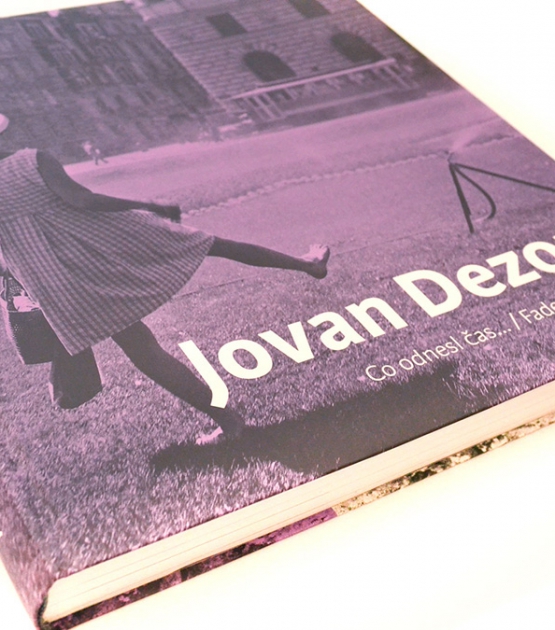 In 2014 the Czech News Agency (CTK), organised the exhibition &amp;quot;Faded with time…&amp;quot;, a retrospective of Jovan Dezorts photog...