Based in English lettering traditions, Temeraire rescues disparate styles from echoes in time. This serif font family is meant for beholding text in books, magazines, and large formats rather than being able to ignore it.

I wanted freedom, open air & adventure. I found it on the sea…

Explorers have accidentally discovered a graveyard of 41 brilliantly preserved shipwrecks at the bottom of the Black Sea. The unique findings have been uncovered by a team of maritime archaeologists who were scanning the sea bed for clues about how fast water levels rose after the last ice age 20,000 years ago. The Black Sea Maritime Archaeology Project identified ship types, some thousands of years old, belonging to the Ottoman and Byzantine empires.

Many of those found exist in historical records, but had never before been seen. University of Southampton professor Jon Adams, who is principle investigator on the project, said: “The wrecks are a complete bonus, but a fascinating discovery, found during the course of our extensive geophysical surveys.” The team came across the ships off the coast of Bulgaria while using two new remotely operated underwater vehicles (ROVs) to scan the sea bed.

One is equipped with a high-resolution camera that can scan the sea floor to produce a 3D image of the environment. The other ROV is designed to “fly” at a record-breaking 6 knots and is equipped with lights and a laser scanner. So far they have covered a total distance of 777 miles at a depth of 1,800 metres. The ships have been so well preserved because they lie in the Black Sea’s “dead zone”, which begins at 150 metres below the water’s surface.

At this depth, no life can survive due to the lack of oxygen and light, meaning there is nothing that can feed on organic materials such as wood and flesh. The team took thousands of images of the wrecks before building perfect 3D models of their discoveries. The findings should help shine a light on how these ancient empires used the sea for thousands of years.

Quentin Schmerber’s Temeraire serif font family was not designed to be invisible. It is a typographic exploration meant to be seen — with its beauty, one could even say beheld. While some fonts aim to be as easily ignored as possible, Temeraire is offered as a gift to wide-eyed readers with its anything-but-boring character and its conspicuous inconsistency in styles.

Most type families increase the weight of each character to expand the family. Instead, research into 18th century sources produced Temeraire’s wide range of letterforms, from the predictable to the odd and loosely related through time. Each style is designed to work alongside the others but are also standalone homages to specific parts of English lettering tradition: gravestone cutting, writing masters’ copperplates, Italiennes, and others.

Temeraire’s Regular style is a contrast-loving Transitional Serif with vertical stress, making it great for period and classic works, ironic pieces, and modern throwbacks. The weight of the Bold squares off the ends of each glyph to give it stability, and the italic style rings true: flowing, contrasting, and purposefully inconsistent.

Temeraire’s Display Black style is one salvaged from expressive gravestone artistry. The details most easily noticed are the ‘g’ with its descending bowl that has been pressed back up in the centre, and the additional serif on the ‘t’ crossbar that holds its neighbouring character at bay. (The ‘g’ and ‘Q’ have loopless alternates.) The final style is the Italienne, the horizontally stressed counterpoint to the family. By design its characters flow and bend in ways not in step with the rest of the family. All the weight has been pushed to either hemisphere within each glyph, resulting in a display style that demands space and peacefulness around it so its presence can impress.

Like all TypeTogether families, Temeraire’s five styles meet the current designer’s needs, including alternates for when the defaults are too boisterous. It works on screens for the audacious designer but truly shines in print. The Temeraire serif font family is resurrected from echoes in time and finds its family relation through impeccable taste. 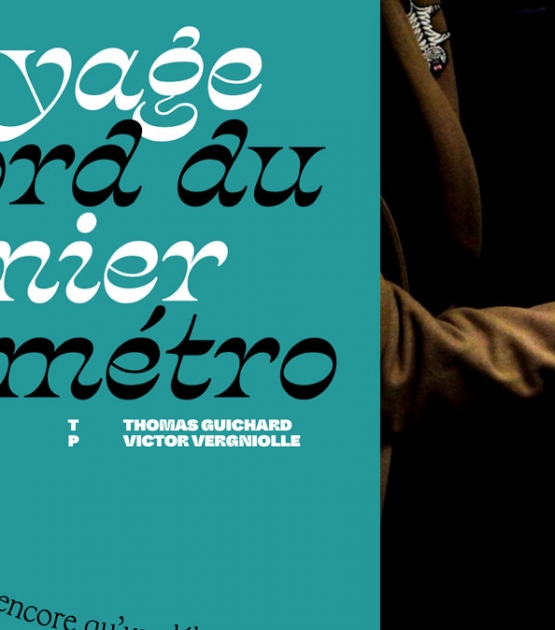 Temeraire in use in issue 95 of the French magazine Le Bonbon Nuit.