Emotional typefaces are hard to come by in the ‘serious serif’ category. Atlante fills this need with display and text versions, a tenacious italic, and more swashes, alternates, and ligatures than the average font family considers having. Conventional but excessive in all the best ways.

Over 60% of our planet is covered by water more than a mile deep. The deep sea is the largest habitat on earth and is largely unexplored.

The ocean is the body of salt water that covers approximately 70.8% of the surface of Earth and contains 97% of Earth's water. In other words, an ocean is “any of the large bodies of water into which the great ocean is divided”. Separate names are used to identify five different areas of the ocean: Pacific (the largest), Atlantic, Indian, Southern (Antarctic), and Arctic (the smallest). Seawater covers approximately 361,000,000 km2 of the planet. The ocean is the principal component of Earth's hydrosphere, and therefore integral to life on Earth. Acting as a huge heat reservoir, the ocean influences climate and weather patterns, the carbon cycle, and the water cycle.

Oceanographers divide the ocean into different vertical and horizontal zones based on physical and biological conditions. The pelagic zone consists of the water column from surface to ocean floor throughout the open ocean. The water column is further categorized in other zones depending on depth and on how much light is present. The photic zone includes water from the surface to a depth of 1% of the surface light (about 200 m in the open ocean), where photosynthesis can occur. This makes the photic zone the most biodiverse.

Unrestricted by tradition, blended for discerning tastes; an emotional serif for text and display.

Introducing the Atlante font family, a serif typeface of beautiful excess from Yorlmar Campos and Martín Sesto. Just as a handsaw and a hammer can together build something better than either could alone, different tools used for different reasons can often create a final hybrid product better inclined for more uses. This was the thought behind Atlante: the two writing tools of the flat pen and flexible pen, normally used for different purposes, informed its design to make it more aesthetic. Thus, Atlante taps into the rich typographic and stylistic history of baroques, Garaldes, transitional, and modern categories, while still being its own thing. It’s the definition of a perfectly blended family.

The first thing likely noticed is the sharpness and precision of Atlante’s forms, which makes sense, as it originally stemmed from the idea of an italic-only family. Care was taken with the extreme weights and delicate contrast to maintain its sophistication in pixel and on paper.

The entire family feels comfortingly familiar while being a fresh take on a text and display companion. The text styles are straightforward and slightly blunted to hold up well in small sizes. The display styles push the ideas to either edge: more contrast, sharper, more flowing, more presence. Compare the ‘a, s’ in both styles to see it transition from svelte to sturdy. And if you want to see it transition with modern technology right in front of your eyes, opt for the variable font instead of the OTF.

With stylistic sets galore and enough personality for days, it’s the very definition of malleable. The spur on the ‘G’ is serious business with a storied history. For more eye candy, check out the dollop ligature on ‘e–r’, swashes for almost every capital letter, and alternate characters to dial in a precise tone. Not to mention the stunning italics, their alternate characters, and their abounding ligatures and swashes.

Atlante comes in either 36 styles (18 display and 18 text) or two technologically advanced variable fonts — enough to set a magazine, book, logo, or poster, and more than enough to ensure brand recognition on your corner of the internet. The Atlante family is an excessive, emotional, yet conventional serif for text and display.

Combining the constructed and human feel while brushing away the dust from a century of geometric derivatives.

14 styles from Hairline to Extrabold with Italics

more than 140 languages that use the Latin script

A functional and fascinating serif with a look that withstands complexity of information and style.

10 styles ranging from Regular to Extrabold with italics and 1 Display Black plus 1 icon font.

Covers about 100 languages that use the Latin script

OpenType features include ligatures, fractions, and several figure styles, along with mature-rather-than-overbearing swashes. 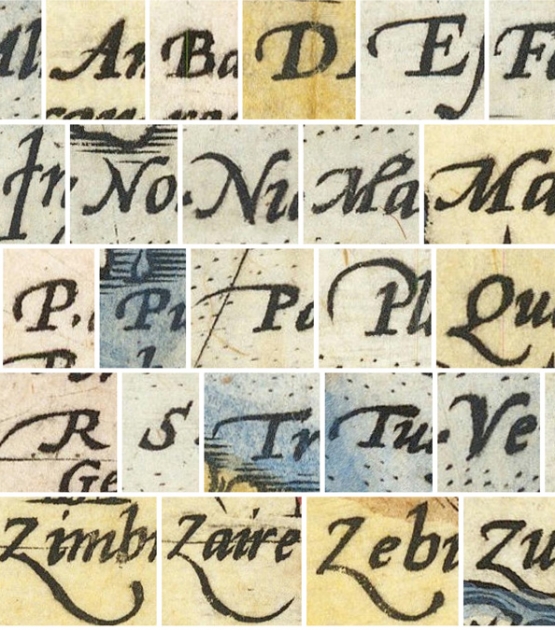 Yes, the images are beautiful. And yes, the typeface is as useful as it is beautiful. As an introduction to Atlante , read the designers’ own word...