Garalda is a charming family that renews a legacy of finesse. Its workaday personality encourages easy long-form reading, but this reinvented Garamond is certainly not basic. Experimentation yielded a contemporary family with heritage.

Read more about the background and development of Xavier Dupré’s Garalda in our blog here.
all 8 fonts. USD 274,24
Select styles from USD 45.10
Download Garalda PDF

A charming 21st century family that renews a legacy of finesse.

Type designer Xavier Dupré’s Garalda font family is a charming 21st century design that renews a legacy of finesse. As paragraphs on a page, Garalda’s overall impression is of a workaday personality, committed to the main purpose of the job: easy long-form reading. But setting it in display sizes proves something different: This reinvented Garamond is anything but basic.

The Garalda story begins with the serendipitous finding of a book typeset in a rare Garalde, called Tory-Garamond, with which Dupré was not immediately familiar. This Garamond was used in bibliophile books in the decades surrounding 1920, but after that it became déclassé for an unknown reason.

Dupré found the italic styles especially charming and discovered the family was probably the mythical Ollière Garamond cut from 1914. He obtained low resolution scans of the typeface and used them, rather than high resolution scans, as the basis for his new type family. This allowed Dupré the mental freedom to experiment and remix as he saw fit, culminating in a contemporary family with heritage.

As seen in the simplistic rectangular serifs, Garalda is an humanist slab serif, but with a mix of angles and curves to give the classic shapes a fresh, unorthodox feeling. While almost invisible in paragraph text, these produce a graphic effect in display work.

The set of ligatures in the roman and italics lend themselves to unique display use, such as creating lovely logotypes. In the italics, some swashes inspired by different historic Garamonds are included, sometimes breaking their curves to be more captivating. Just look at how the italic ‘*-s’ ligatures create ‘s’ with a cursive formation rather than merely a flowing slant. And how the roman ‘g’ link swings as wide as a trainer’s whip. These are all balanced by squared serifs in the roman to keep an overall mechanised regularity.

The Garalda family comes in eight styles, includes some of the original arrows and ornaments, and speaks multiple languages for all typesetting needs, from pamphlets to fine book printing. The complete Garalda family, along with our entire catalogue, has been optimised for today’s varied screen uses.

A contemporary book and magazine font family with a soft and warm voice. 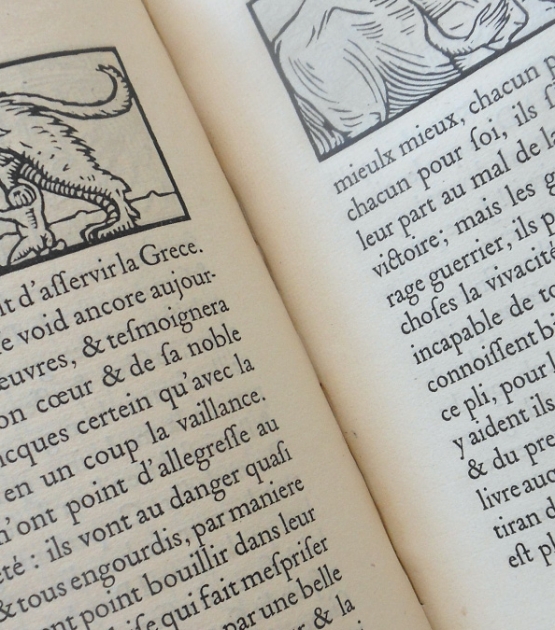 Type designer Xavier Dupré’s recent design, Garalda, is a charming 21st century family that renews a legacy of finesse. As paragraphs on a page, G...